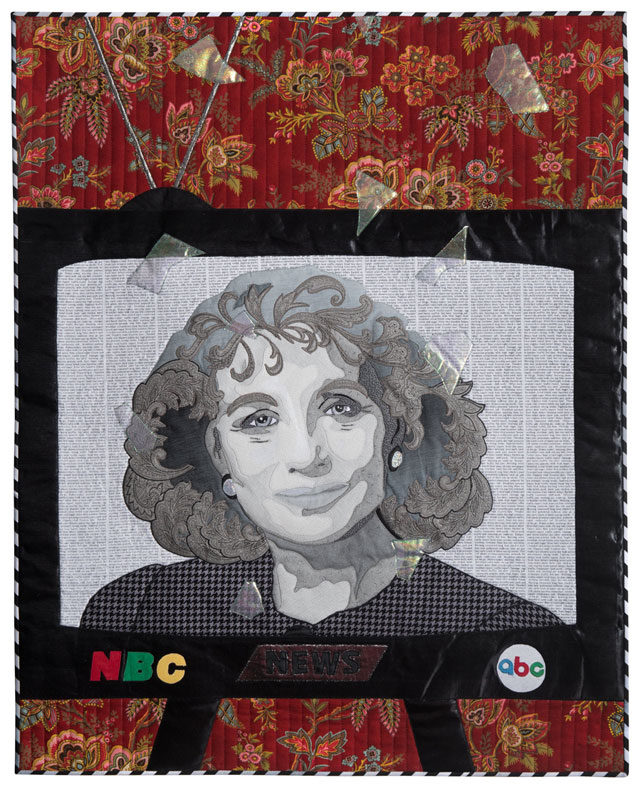 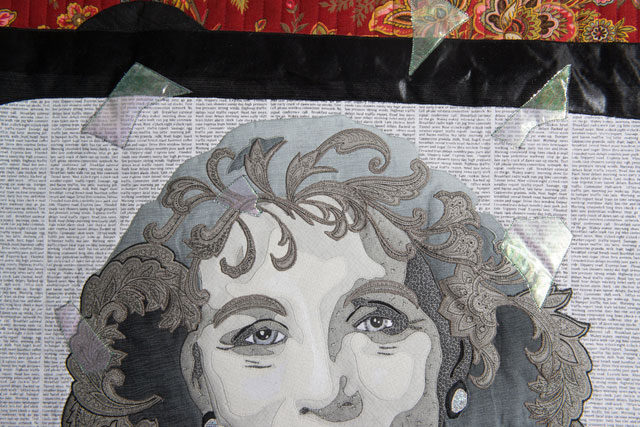 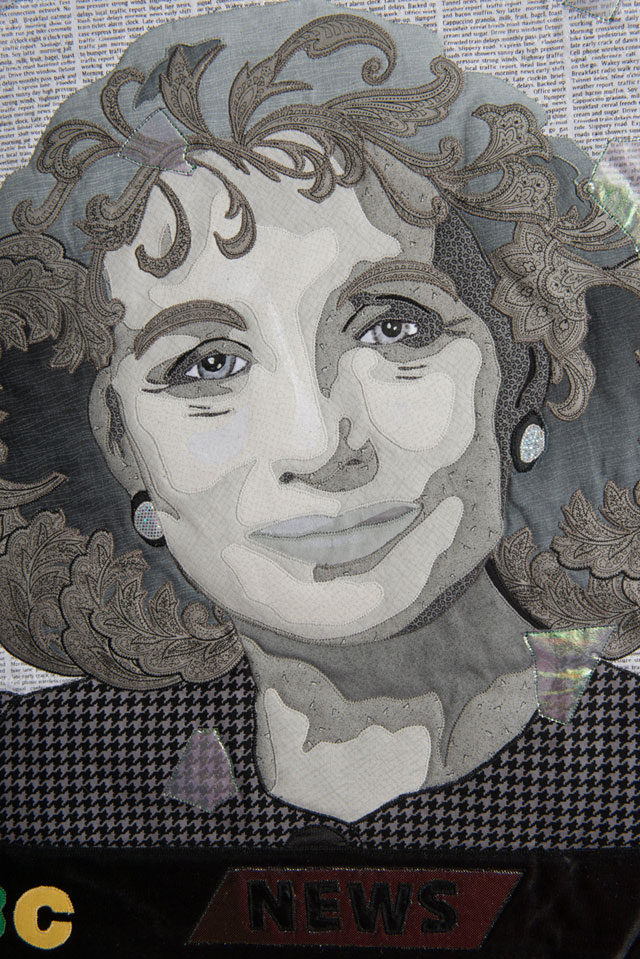 And the glass ceiling came tumbling down

From the beginning of TV broadcasting, men were assumed to be the arbiters of news journalism. . . until Barbara Walters wended her way into the newsroom. Her talent and persistence broke the glass ceiling, opening the way for the multitude of top female journalists pervasive in news journalism today.

This portrait shows Barbara Walters in her early days on air, appearing on a black and white TV with rabbit ears. Set against a 70’s era wall paper background, you see the shards of glass tumbling down from the cracked ceiling. As I set out to create this piece, I was in shock from the 2016 defeat of Hilary Clinton . . . a devastation for many talented women who are still artificially held back from reaching their full potential. A loss to them and a loss to the world. Barbara Walters teaches us that we can crack away at that ceiling in many ways and patiently right a world that is out of kilter.

Year completed: 2016
Owner(s): The Artist,
Juried into HERstory: An Art Quilt Celebration of Strong Women and Their Groundbreaking Accomplishments, a traveling exhibit. 2016 - 2020.
CATEGORIES